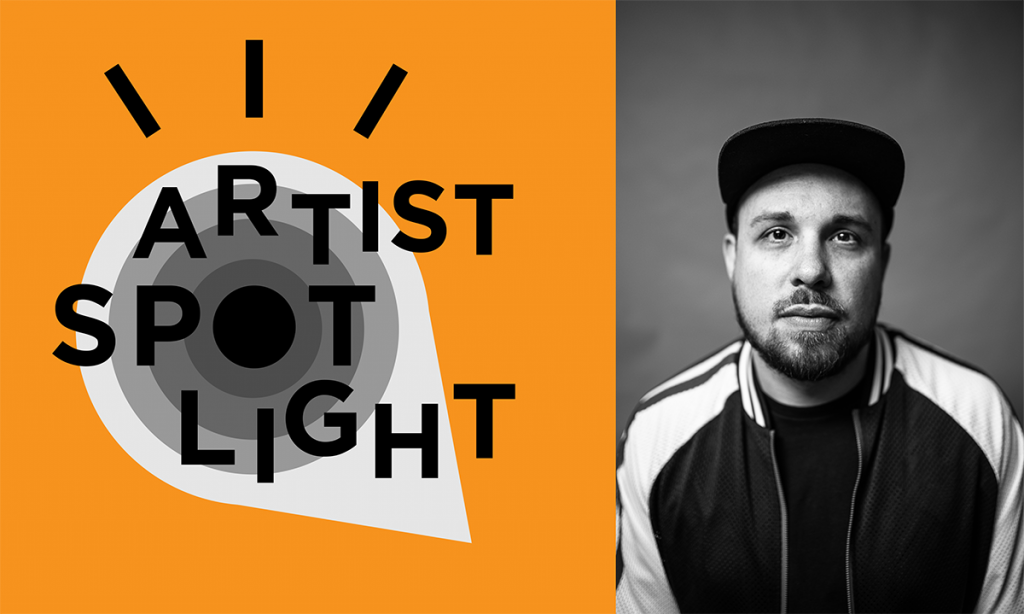 Hey folks! Welcome back to another segment of Artist Spotlight, where we take time to showcase the talented artists we work with. This time Copycats got to bother Aaron Mader, A.K.A Lazerbeak, about his new solo album Luther. Beak is a multi-faceted, label managing, beat composing, super-dad of the internationally known rap group Doomtree. Artistically distinct from his previous compositions, Luther brings Aaron’s s new outlook on life into audible form. Here’s some inside from his new release.

How does Luther differ musically from your previous albums?

The last solo album I released was Lava Bangers way back at the top of 2012. It consisted of 20 short, bang-your-head heat knockers – a sound and style that I’ve been building on for about two decades now. I spent the last five years since that release focused mostly on collaborating with as many other artists as possible and putting in the majority of my day-to-day time running Doomtree Records and managing other artists. I became a dad to three awesome kids and I also got waaaaaaay into some hippy dippy stuff that I never thought I’d ever try: meditation, mindfulness, gratitudes, therapy, crystals, you name it. All of these things have truly transformed my world in an incredibly positive way. I kind of figured my time as a solo artist had passed and I would stick to producing other artists and doing more behind the scenes stuff, but last fall I suddenly got struck with some crazy solo inspiration that I hadn’t experienced since the making of my 2010 Legend Recognize Legend album, and it was all of a sudden off to the races again. I love how that can happen when you’re least expecting it.

This time around the idea was to try and create the exact opposite of Lava Bangers, and it’s been a really wild ride ever since trying to determine exactly what that means. To use a real high-ass concept, if Lava Bangers was literally the sound of fresh lava erupting, Luther is maybe what happens when things cool down and gradually begin to take shape. It’s slow and patient and building and meditative, and in it’s own unique way I think it still bangs a little bit. It was a brand new process for me and an extremely cathartic one at that.

What’s something really special to you about the packaging/layout of the artwork itself?

I love how we were able to make the bright colors really pop off the album by hitting the packaging with a UV spot and then going matte for the duller whites. Give it almost a 3D art project feel.

What’s your favorite track and favorite beat/sound you made for this record?

I really love the last song “Valley Low.” It was one of the last songs I made for the project and I wanted to build the ending to the biggest moment on the whole record. Basically just show that I still know how to make something knock even if I decide to make a hippy dippy new age album.

How was your process / experience  working with Copycats for this release?

It was phenomenal. It always is really. I’ve been working with Justin Kristal for over 10 years now and at this point it really just feels like family. The fact that I can pick up the phone at any time and know that I will be a top priority no matter how minescule the question is priceless.

I still absolutely love holding an album in my hands. It feels like it’s actually real and drives home how much work goes into making something every time. Plus for Doomtree Records, we still rely heavily on a pre-order economy in order to help fund future releases and keep cash flow steady in order to release things on a consistent basis. Having physical CDs and LPs that we can sign and offer to fans as a way of supporting us through the album making process is crucial to our operation.

Thanks Beak! Listen here and check out the offical album bio below:

“Armed with an endless vault of beats and an extensive musical catalog spanning over two decades, Lazerbeak’s classic sound has generally taken on an epic, hard-hitting, everything-and-the-kitchen-sink approach – inspired largely by production crews like Atlanta’s Dungeon Family and New York’s Bomb Squad. He’s collaborated with everyone from reigning rap queen Lizzo, bluegrass heavyweights Trampled By Turtles, storied supergroup GAYNGS, East Coast indie-rockers Speedy Ortiz, and the Grammy-winning Minnesota Orchestra, all while continuing to build and create with life-long comrades from his own Doomtree artist collective like Dessa, P.O.S, and Shredders.

Much has changed in the seven years since the Minneapolis producer released Lava Bangers, and Luther’s drastic musical turn echoes the same life-changing experiences Beak has encount 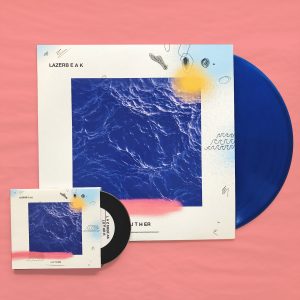 ered in that timeframe. Now 36 and a father of three, with a day job that includes CEO of Doomtree Records and manager of numerous high-profile acts such Doomtree, POLICA, and Shredders, Beak set out to create a project that would reflect the ever-morphing landscape that he’s embraced in his 30’s. Whereas Lava Bangers’ 20 short, high-energy heat rocks relied heavily on monstrous drums, punishing bass, and gnarly horn stabs – sounding at times more like the fury of Run The Jewels or the Just Blaze-helmed Rocafella Records era – Luther finds Beak stripping every sound back to its individual core. Seven meticulously slow-building and expansive instrumental meditations that ebb and flow with a newfound patience and restraint rarely seen from the producer.

The album title – a simultaneous tip of the hat to Beak’s all-time favorite singer, Luther Vandross, as well as his four-year-old son lovingly given the same name – is a reflection of this boiled-down, reflective approach. Inspired largely by his new life as a family man and a recent deep dive into all things mindfulness, self wellness, and gratitude, Luther thrives on ambient atmospherics, gentle melodies, and carefully-crafted percussion to create its own pulsing sonic universe. Every musical element is allowed the time and space to breathe and grow into a full-fledged composition, and the lack of vocals allows Beak to explore a much richer musical sound bed, giving each instrument its own moment in a constantly revolving spotlight. By exploring this quieter space, Lazerbeak has completed the long trek from beat-maker to producer, and Luther represents a newfound peace and balance in a rapidly changing world.”
– Official Album Biography – Lazerbeak

Catch Lazerbeak at An Evening With Lazerbeak at the newly renovated Parkway Theatre in South Minneapolis, March 8th. For tickets and more information visit here.